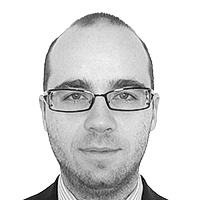 The new law was signed by President of the Republic on 22. 4. 2016 and has been published in the Collection of Laws as Act no. 134/2016 Coll., On public procurement, (hereinafter referred to as „ZZVZ“) will acquire with the efficiency of 1. 10. 2016 . According to the MMR is the core purpose of the new law "to ensure the creation of a competitive environment and prevent discrimination in public procurement, to achieve a rational allocation of public funds based on the selection of the best bid, equal and fair treatment of suppliers in the procurement market, where there are significant business opportunities and strengthening competition among entrepreneurs. "what does the new law provides for the changes and what has remained as before?

Limits to exclude the application of the Act (procurement of small scale) remain the same, ie CZK 2 000 000 for supplies and services and CZK 6,000,000 for construction work.

Entering below the threshold public procurement It is now possible to all limit orders for supplies and services, and also works to CZK 50 mil. To enter the simplified sub-limit procedure (SMRs). Adjusting SMRs are limited to establishing specific deviations from the applicable public procurement above the limit that unless the Act made to the specific provisions applicable for above-threshold regime purchaser is only entitled (but not obliged) to these institutes of the overallotment regime used or are they only inspire the implementation of SMRs. Newly sufficient publication of the invitation to tender for the contracting entity profile, no need to invite at least 5 suppliers. The contracting entity within the SMRs may not even require proof of compliance with qualification supplier. May possibly voluntarily apply the treatment of excess proceedings or in part. It may therefore wish e.g. demonstrate qualification only partially to the extent that it is relevant.

Categories of major public contracts and their practical importance This category of public procurement has been completely canceled. According to the authorities of major procurement, this institute has not fulfilled expectations, which to him by the legislature inserted.

Exceptions from the procedure under the new law The new law imposes a number of exceptions under which the law does not apply. Especially in terms of general exceptions, eg. The contract to ensure the provision or operation of public communications networks or provide electronic communications services to the public, as well as the acquisition, rental or leasing existing immovable or related property rights, in the case of arbitration, conciliation or similar activities, legal services provided by a lawyer representing a client in court, arbitration, conciliation or administrative proceedings before a court, tribunal or other public authority or in proceedings before international bodies for settling disputes etc. Furthermore, there are specific conditions for limit orders.

Simplified regime Newly introduced regime is called simplified scheme (procedure for awarding the contract in simplified mode) for supply of social services and other services listed in the Annex to the Act. These orders have been entered by default as other jobs. Newly these contracts will be entered in a simplified manner in accordance with § 129 ZZVZ.

Innovation Partnership ZZVZ introduces a new type of award procedure called Innovation Partnership, aim of which is the development of an innovative product, service or works that are not yet available on the market, and therefore can not compete in other types of procurement procedures. In this procedure, it is possible to compete only those products, services or works that are not in the market and therefore need to be developed.

Distribution of procurement New law allows the division of public contracts more partial orders, while the relevant EU directive, which served as the prototype for a new ZZVZ even distribution of procurement prefer, and for this reason, so as not to exclude small and medium entrepreneurs from participation on public procurement. In the case of the distribution of the tender is for the entire tender procedure crucial estimated value of the entire contract, not just its parts. Individual parts can be given in one or more sub procurement procedures, but the procedure is always based on a total estimated value of the contract as functionally and time-related whole. If the allocation of public contracts, the contracting authority is entitled to restrict a participant to only some parts.

The operating units of the contracting entity Operating units are various organizational units of the contracting authority, such as branch plants, branches, university faculties, and so on. Generally, the sponsor is required to determine the estimated value of a public contract for the entire legal entity or organizational component of the state, therefore, for all their organizational units for which ZZVZ used tor operating unit. Such operating units may be, for example, branch plants, branches, university faculties, and so on. For reasons of existing problems in public procurement (especially universities), then ZZVZ now allows the predicted value was established only in relation to one operating unit under the condition that the unit in terms of procurement has functional autonomy.

Economic qualification ZZVZ newly re-enables the contracting authority to require (with some exceptions) demonstrate the economic qualifications of the supplier of proving minimum yearly turnover and a maximum of the last 3 financial years. The condition of the minimum annual turnover must not exceed twice the estimated value of public contracts.

The issue of time limits for references Public contracting authorities may by suppliers in order to demonstrate its technical qualifications also require presentation of a list of works over the last 5 years and for supplies or services for the last three years (ie. The reference). So far, the interpretative doubts about how the moment is the construction, supply or service capable of putting on the appropriate list required by the contracting authority, more specifically, whether it is for these purposes, you could only finished construction or delivered the supplies and services, or whether it may also be provided in case that has not yet been fully met. The new law removes the existing uncertainty and provides that, unless the tender documents otherwise specified, it is possible to introduce such a list only those buildings, supplies and services that have been completed at that time.

The concept of deposit as a contractual penalty Although the original bill was a certainty conceived as a penalty, which they would have applied only if would be contrary to law or contract documents to amend or withdraw the offer, refused to cooperate, etc., Not this proposal changes the nature of security accepted. Legislation and security remains the same as before, that security must be provided within the deadline for submission of tenders (if the sponsor provide security required).

Disclosure, preliminary announcement ZZVZ brings change when a new authority is not obliged to publish in the form of prior notification of its intention to commence the tender, as it was before, but they are also entitled to do so. So it depends on the will of the contracting authority, if they do so. If they decide to publish its intention to give the possibility to use certain privileges, which would otherwise not be used, eg. To reduce the deadline for submission of tenders under the under-steering. Publication takes place through the completed form sent to the Public Procurement Bulletin.

Negotiations about Tenders ZZVZ beyond existing regulation extends the possibility of the contracting authority to negotiate with the parties about the conditions of the public contract or as its prices further for competitive dialogue and innovative partnerships.

Reduction (reducing) the number of participants ZZVZ allows a reduction in the number of tendered (or preliminary bids or solutions) only if the law for the chosen type of award procedure accepts and at the same time if such a possibility of reducing contracting authority has reserved. Criteria for reduction tendered (or preliminary bids or solution) must be based only on objective and verifiable facts related to the subject of the public contract or a qualified contractor.

The evaluation committee It is an advisory body Sponsor has been obligated in most species of the tender procedure to appoint an evaluation committee that was tasked to assess the fulfillment of the terms of the participant and the contracting authority to recommend the best offer. This concept ZZVZ leave now, when the establishment of a commission usually voluntary, except in the case where the estimated value of the contract exceeds 300 million Czech crowns.

Question of offset of the extra work and canceled work ZZVZ (as well as the existing Public Procurement Act) issue of counting on additional work or canceled work is excluded.

Design competition Design competition is a special kind of procurement procedure, whose purpose is to provide professional design, project or plan, and therefore it is most used in architecture, engineering and urban planning. Legislation contained in ZZVZ is generic and rather brief, and should be supplemented by implementing a document issued by the Ministry for Regional Development.